Why I Use Sonlight in My Charlotte Mason Homeschool 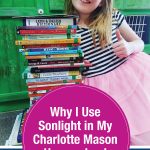 When my husband and I were preparing for our wedding, we attended premarital counseling at the home of a friend and colleague who was also a pastor. What stands out most in my memory from that short period was this friend’s children: two girls and an infant boy. The girls, both of whom were school-age, impressed me with their knowledge of Scripture and literature. I remember having a long discourse with the oldest, who was maybe seven years old, about The Lion, the Witch and the Wardrobe. I don’t recall the details of our discussion, just that I was blown away by her command of the story at such a young age. She had read a wide range of books, all of high quality, and could talk about them at length.

As a book lover and former English teacher who had gone into publishing, I was deeply impressed, and I expressed this to my colleague’s wife. She explained that they homeschooled using the approach of someone called Charlotte Mason, using what she termed living books, a phrase I had never heard before, even with a decade of teaching literature under my belt.

At the time, I wasn’t familiar with any homeschooling philosophy, but my new friend gifted me with a book, a thin volume entitled, A Charlotte Mason Education. This little gem of a book unpacked for me all the basic elements of the Mason method, capturing my imagination.

From that moment on, I knew I wanted to homeschool using the Charlotte Mason approach of faith formation, living books, nature exploration, and “spreading the feast.”

Several years later, when my firstborn was approaching school age, I began to look at Charlotte Mason curriculums. My only reservations were the booklists these programs offered. One program, with the goal of scheduling as many free resources as possible to help make it affordable (a worthy goal), only listed books that were available in the public domain, which meant there were no contemporary titles on the list. Another program offered mostly curated titles published under its program’s umbrella.

Then I found Sonlight.

A homeschooling friend mentioned she’d been using Sonlight since her oldest began homeschooling, and that oldest child is now a teen. She has nine other children now, all being educated with Sonlight. My friend’s description of Sonlight, with its biblical foundations, combination of classic and contemporary living books, and hands-on learning opportunities sounded like the mix I had been searching for.

We’re now entering our sixth year of using Sonlight, and I have yet to be disappointed. In fact, as well-read as I am, Sarita’s book choices always go one better.

Our favorite books during any given year are often the titles I’ve never heard of before: Adventures with Waffles and No Children, No Pets, for example. My daughter also loves the living books Sarita chooses for history, geography, and science with their engaging text and abundant photos and illustrations, many of them from Usborne, a company whose books we love.

As a Christian parent, I’ve also learned I can trust Sonlight to make developmentally appropriate choices for my daughter. I pre-read everything, but only to be prepared to teach; I’m never worried that I’ll encounter a text that doesn’t match my daughter’s maturity level, whether it’s a Bible or devotional text, a read-aloud, or a history book.

On top of that, Sonlight has opened the doors for us to explore and understand other cultures and belief systems in a way that expands our hearts for Christ and his people throughout the world, encouraging us to grow in compassion and empathy.

Finally, I love that I can rely on Sonlight’s lesson plans to be well-designed, with neither too much nor too little laid out for us on any given day. As a working mom, I need a curriculum that is right-sized and doesn’t take endless hours to accomplish. Sonlight’s History / Bible / Literature programs are perfect in this way, leaving us enough time for the other subjects we want to include during our school week, like art, music, handicrafts, and time outdoors in nature—all priorities of a Charlotte Mason homeschool.

Every year, when it’s time to plan for our upcoming school year, I do the due diligence of looking at other curriculums—

I always end up back at Sonlight with its focus on faith formation, living books, and hands-on learning.

See how to choose your curriculum in just three steps. 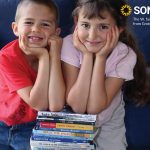 100 Reasons and 100 Dollars to Switch to Sonlight 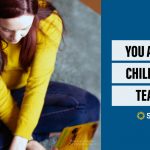 How to Make a Mid-Year Switch to Homeschooling with Sonlight 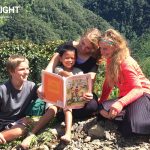