When Your Child Says "I Can't": Raising Kids Who Problem Solve 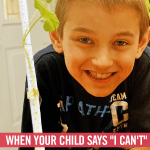 His big blue eyes looked up at me, and he said, “I can’t read.” I had just asked my son why he didn’t want to read in his Sunday School class. He was so matter of fact that I was caught off guard.

I was surprised because he can read second grade level books with just a little help. We began teaching him to read when he was four, and he reads words with me as a part of his regular school work.

Why would he tell people he couldn’t read? I wanted to poke my head back into his class and tell his sweet teacher, “I am teaching this child to read! He can read, really!”

I am sure you have been there, too. But, like so many times in homeschooling, I have to remind myself this is about him and not me.

Here is a bright boy who thinks that he can’t read—even though he is reading—because he hasn’t mastered the skill in its entirety quite yet.

I pulled him up onto my lap and had a little talk. Using myself as an example, I explained that I'm always learning, researching, and growing in my understanding. I told him about the words I have to look up to see how they are pronounced or what they mean. We talked about the letter sounds and how we both are using them to unlock every little part of a word even when we don’t know it. As we talked, he began to see the ways that he does read. By the end of our talk he realized he was reading. He could read his words in his books.

I want my kids to be learners for life. So I reflect that in my own life. As parents we are always learning new skills whether by listening to podcasts or by reading. Is your personal book pile tall? Maybe you craft, write, or are learning to parent and teach your children better. Whatever skills you are honing, let your kids see that there is no end to the learning process. Let them see you learning.

In modern educational jargon, this perspective is called the growth mindset—the belief that our abilities aren't fixed but are dependent on our hard work and persistence. What a message of hope for a frustrated learner!

Skills Are the Tools for Problem Solvers

Here is the thing. We can get so busy checking off the boxes in the early years:

There is a rush to get it all done. My son eventually acquired all of these skills, yes. But in the process, I had forgotten to tell him the secret powers these skills unlock. These little letters can unlock any book. Knowing these few shapes could help him see the whole world in front of him in better context.

The world is made up of parts; each time we learn a new skill we understand those parts better. There yet there is still infinitely more to learn.

There was power in each of the tools I had given him, but I was so busy sticking tools in his hands, that I forgot what we were building. We are building a boy who can keep solving questions his whole life and one day a man who values learning for himself.

Listen For and React to I Can’t Statements

If you want to create problem solvers, do this. The next time your child says, “I can’t,” listen for what they are really saying. When you stop to listen to their frustration, you will begin to identify the skills they are missing. You can encourage your kids by showing them how much they have learned during the school year and identify where they can work to solve their problem.

What skill do they lack that is making the subject difficult, and how can you help them tune it up?

Breaking a huge subject like math into little skill sets has helped us to end the drone of I can’t. A small skill that is weak makes mastering a whole assignment difficult.

I experienced this with long division. My daughter wasn’t bad at math. After listening, I discovered she had a few gaps in memorizing the multiplication table which was making division slow and difficult. It didn’t take more than a few days before she hated long division. It could have become her I can’t. Instead, we broke down the steps in division to see what exact skills she was lacking. We narrowed it down to the math facts she did not know—those 7, 8 and 9 multiplication combos. We added visual aids by way of flash cards and took time to learn the facts she needed. Within a few weeks, she was back on track with long division.

Learning is the act of acquiring skills, little by little, over a lifetime. When you face a wall, or your child says "I can’t," break down the problem and look for skills that need to be strengthened. Encourage them that they can learn every skill they need to succeed. Share with you kids how you are doing it every day, too.

Curious to see what an education of skill building and problem solving might look like for your family? Go to SmoothCourse to explore your options. 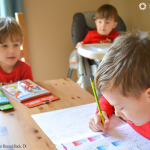 6 Ways to Give Your Homeschool a Progress Report 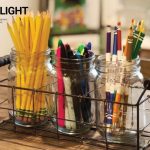 A Homeschooler's Guide to Giving Grades 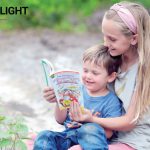 How to Find and Fill Academic Gaps