7 Myths About Dyslexia Every Homeschool Mom Needs to Know 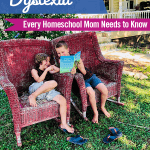 One question I am often asked is what to do with a child who struggles with spelling or writing or reading. Often, a parent will begin with a statement such as “my child can’t seem to memorize spelling words very well,” but after a few questions will state “but, they don’t have dyslexia.” Other times a parent will tell me, “My child acts almost like a child with dyslexia...but not quite.”

There are a lot of misconceptions about what dyslexia is and what it looks like.

I’ll use my own story as an example. I am a nurse with a background in education. My brother, sister, and mother all have dyslexia. I am familiar with the symptoms of struggling to read, being unable to spell well, and hating writing. So when my oldest taught herself to read at age 3, and was reading fairly well by 4, I gave a deep sigh of relief, and relaxed. No dyslexia there.

My Child Doesn't Have Dyslexia

But, by age 6, even though she could read at a high school level, she still made mistakes in reading. Often, she would read hard words with ease, but struggle on simple words. But, of course, I knew she couldn’t have dyslexia, so I brushed it off as simply a childhood quirk and she’d grow out of it in a few years.

By age 8, she could read almost anything I put in front of her. However, she still struggled from time to time with the simple words, and would often not recognize when she made simple mistakes in reading. Also, she couldn’t spell. For a child who could read so much, I couldn’t understand why she couldn’t spell. One word we worked on for months, was the word, “she.” It seemed she could always remember that she spelled it the wrong way, but she couldn’t seem to remember the correct way, she she kept coming up with more and more creative ways of spelling “she.”

Every day, she’d come up with a new way to spell it, but it rarely was the right way.

She also struggled with writing. She didn't seem to see the need at all for spelling, would randomly scatter capital letters everywhere except where they really ought to be, and completely ignore punctuation. Spacing between words and sentences seemed to be considered optional. We went over the rules many times, but nothing seemed to stick.

Another thing I noticed about her was that she could do math, but she couldn’t seem to memorize math facts. I tried everything with her. We tried the Flashmaster, multiplication songs, addition songs, Times Tales, drill worksheets, daily recitation, and more. Nothing worked for more than a few days at a time. This was the same child who easily memorized words to song after song, and could recite large portions of movies after watching them a couple times. I felt sure she was just playing around, and she really could memorize them, she just wasn’t trying hard enough.

Surprise! My Child Has Dyslexia

And, then one day, I happened to be on the Sonlight forums, and I was reading about another child who was just like mine. Could read amazingly well most of the time, but couldn’t spell, couldn’t write well.

And that’s the day that I, with all the knowledge I gained in college and in life, had no clue what dyslexia really was. It was nothing like I had thought it was.

To me, dyslexia was a reading disorder, very uncommon, and pretty easy to spot. I was wrong. Here are some common misconceptions about dyslexia.

It’s estimated that 10-20% of people have dyslexia, so we can hardly call it rare. It’s also estimated that out of all the adults with dyslexia, 95% of them are not diagnosed. Often they were told they had troubles reading, writing, or spelling in childhood and they simply weren’t intelligent in those areas. Many were able to compensate well enough that it never became a huge issue. But, it is much more common than most people realize.

Because people with dyslexia often struggle to read and write as accurately and as quickly as those without, they often are left feeling inadequate about their intelligence. Often, they are placed in special education programs in school, with remedial programs that further influence their self-esteem by suggesting they are poor learners.

In fact, dyslexic people do well in the real world:

Dyslexia doesn’t affect intelligence at all, except in cases where a child with dyslexia might convince themselves they are less intelligent because of the struggles.

Myth 3: Dyslexia is a Reading Disorder

It’s not. Many people with dyslexia can read, and many can read well. You cannot tell whether or not a child has dyslexia by measuring how old they were when they started reading, or how well they can read at grade level. You can’t even measure it by how well they read above grade level. Yes, some children with dyslexia struggle with basic reading skills, but many others don’t.

Myth 4: Dyslexia is a Vision Disorder

Eye doctors test for vision issues. However, your child can have a clean bill of health from a reputable optician and still have dyslexia. This is because dyslexia isn’t a problem with a child’s vision. Most children with dyslexia can see things just fine. They have no problems seeing everything in front of them and may have 20/20 vision. Their eyes may work just fine.

Dyslexia is a visual processing disorder. This means that although the eyes have no problems seeing, the brain has a bit of trouble processing what it sees. So, a child might look at the word bird, and although they will clearly see each and every letter, the brain may mix thing around a bit. Their brain may send back the signal that they are seeing brid, drib, or even q7np.  A dyslexic child might be able to identify each and every letter correctly on its own, but when trying to read the word as a whole, he might still struggle to remember how to read, write, and spell a word that might look differently on each glance.

Myth 5: Difficulty Reading is the Only Sign of Dyslexia

Some common signs of dyslexia include, but are not limited to:

Myth 6: There is Only One Type of Dyslexia

This was perhaps the one area my university degree failed to teach. Not all dyslexics look the same because not all have the same degree or type of dyslexia.

Not only do some people have dyslexia, some may have other issues related to dyslexia without the actual dyslexia, like dysgraphia (struggles with writing) and dyscalculia (trouble with math, which is actually not considered an official form of dyslexia by some experts, but a different type of disorder).

But, apart from those related difficulties, there are different forms of dyslexia within dyslexia itself, and each looks a little differently from the rest. There are 4 widely accepted types of dyslexia, and they often overlap. One child may have 1 type, whereas another child may have 3 or 4 types.

This was my biggest assumption with dyslexia. I figured that if anyone should be able to recognize dyslexia, it would be me, with my education and experience. However, some experts have identified a type of dyslexia that might be any combination of the above, but with one extra key distinction.

The type of dyslexia is called Stealth Dyslexia.

Usually, but not always, this type of dyslexia is common in children with IQs above average and in those who have learned coping techniques to hide the signs. They are often able to overcome issues without any help until they reach an area where they simply can’t.

These children are usually dismissed as having dyslexia at a young age because they often can read, spell, and write, but as time goes on, and reading and writing get harder and harder, they have more and more trouble coping. Somewhere between ages 8-12, they start to fall behind.

Because parents have seen their child doing just fine in lower grades, and teachers see the grades in the previous years were good, it’s very easy to assume the child isn’t trying hard enough or is playing games. Often, the child will become more and more resistant to doing work they had previously done with few complaints instead of sharing what their struggles are. This often leads to a downward cycle in which the parents and teachers try to motivate the child to previous standards of excellence, and the child fights more and more as they realize they are unable to keep up.

These are the children I often get asked about. The ones who “learned to read at age 5, but now at 10, refuse to write and their writing looks like a first grader did it.” Children who have “always been a bit behind in spelling, but it’s just getting worse.” Children who “went to the eye doctor, but they didn’t say anything about having dyslexia.”

The children who have this type of dyslexia are usually able to hide it very well, until they can’t. Usually, this hits about third grade or so, when workload increases faster than compensation abilities.

If your child happens to be one of those who seems to be right on the border, and are raising some red flags, it might be worth having them tested.  Your child's doctor (or a medical professional) can test and diagnose dyslexia.

If your child is struggling with learning, we are here to help.

Sonlight has homeschool consultants available to encourage and offer sound advice about how to use the curriculum. Click here to schedule an appointment.

(Please note: our advisors are not medical professionals. See your doctor for diagnosis.) 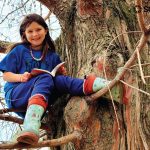 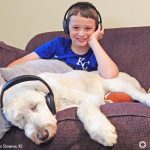 How a Literature-Rich Homeschool Works for a Child with Dyslexia 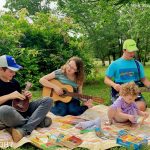 How to Homeschool the Auditory Learner