Disney Characters vs Sonlight Characters: Why It Matters 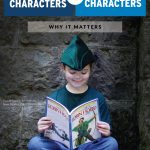 The suffering saint, the conquering hero, the beloved protector, and the caged bird are some of the favorite narratives for the human heart. When we hear them enough times, we insert ourselves as the protagonist and perform the stories.

As I get to know the motifs of Sonlight literature, I see a contrast with stories told on the big screen. When I weigh Sonlight and Disney, I see one set of stories rises above.

Sonlight tells stories, not only of greater interest, but also of more life-giving value.

The character Elsa from Frozen is a troubled beauty who flees her her ignorant kingdom to get in touch with her inner power. In the song that enchanted millions in 2013, she finally casts aside the shackles of being, “the good girl you always have to be,” and embraces the “swirling storm inside.”

Joanne Shetler, in And the Word Came with Power also hears the distant call. But where the Elsa's kingdom was holding her back, it is the Kingdom of God that calls Joanne Shetler. She dreams of an idyllic farmhouse life, but God calls her to the Philippines to translate the bible into a local language.

The kingdom is more important to Shetler than the inner power of her dreams. Upon arriving, an older local man “proves himself to us,” (p. 45), and they follow his counsel, eventually calling him father. Not only does she give up her dreams in favor of a greater vision, but she also gives up her Western intuitions in favor of Balangao counsel.

Pocahontas vs The Family Under the Bridge

In the Disney version of Pocahontas, the chief's daughter has a connection with nature which gives insight into both the savagery of colonial forces and the tedium of local life. Rejecting the marriage of Kocoum, Pocahontas follows “all my dreams,” “just around the riverbend.”

Armand, a homeless man in Family Under the Bridge, is also a dream-chaser. He has already given up the hum-drum life of a house and children to follow his dreams as a homeless person. In the first chapter, he eats an imaginary restaurant dinner and looks down on the playful children. “Twittering starlings,” he calls them.

Armand is confused. He chooses freedom and imagination over children, as if he couldn’t have both. It’s just as absurd as rejecting real food in favour of an imaginary meal. To have real food you must work, and to have real children you must commit. It is hard, and it is worth it.

Like Pocahontas, Armand wants to stay wild, but unlike her, he starts to find the wild in the twittering starlings. Children tie him up with commitments. But if the starlings are wild, than a commitment to them is just a commitment to the wild. Who would want to escape from the wild? When he starts caring for this family of homeless children, we cheer him on. What could one possibly find just around the riverbend to match this treasure?

Where the Difference Really Lies

The narratives of Pocohontas and Elsa say you must leave the ties of your home kingdom to find your inner power and insight.

But the Sonlight worldview is stranger than fiction. Armand and Joanne Shetler, like many of us who have traveled, find themselves needful of that which they left: family.

They find a meaningful life only when they give up on their own insights and dreams.

Value comes from sacrifice and service, not from the celebration of the self.

In other words, both the Sonlight and the Disney narratives encourage our children to be adventurous treasure-seekers, but the two worldviews disagree on where the treasure is found. Where Disney says that the ties of the kingdom-family are a hindrance to our inner treasure, Sonlight says we must leave the self to find the treasured kingdom-family.

Why it Matters for the Homeschool Family

A homeschool child is tied to the commitments of home life. He is tied to all its chores and rules. If my child must free himself from all this to find value, maybe homeschooling is not best for him. If he must find himself, and Mom and Dad don’t seem understand his true power, he will look for someone who does. When they seem to forget his value, he’ll start the search again.

I, as a homeschool parent, must likewise choose my story.

Am I stuck at home, squandering my talents, passing up wild adventures? Am I an unappreciated hero?

I, too, must hear a more nourishing story. I’m not actually the heroic prince.

I have found the treasure outside of myself and it’s worth dying for. That’s a story that the homeschool parent can hold on to.

I have found Disney’s insistence on uninhibited self-actualization to be a bit like Armand’s imaginary meal: fun for a moment but hardly enough to live by. I love watching Disney flicks, but it won’t be the primary story my family tells itself. We want to hear the story that Sonlight curates, in which we lose the self and find the kingdom, ruled by a very great King. 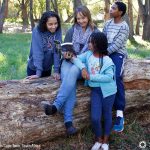 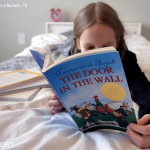 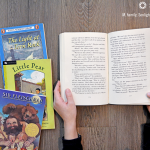