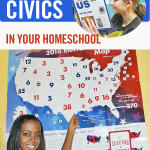 I was a sophomore in college when I first walked into a civics class. It was a class titled American Government, and I was not excited about it in the least. I had been in plenty of history classes, and I figured I was in for more of the same. I had learned that you never get past the first thirty Presidents in these types of classes. Oh yes, I figured we would learn, once again, how the government began. We’d probably talk about the major players in establishing the government. It would be more of the same I figured. It’s not that I didn’t enjoy this discussion, but after years of hearing about the first hundred years of the U.S. and no more, I was not particularly looking forward to another class about it.

You can imagine my surprise when the teacher walked in and immediately began a conversation about something happening in the news. I don’t remember what that first discussion was about that day, but I knew that he was talking about modern current events, things that would affect me and my future. He expected me to know enough to talk about it intelligently.

Everything changed for me during the course of that government class.

Through that class, I not only began watching or reading the news regularly, but I also learned how our government worked. I learned why my vote mattered, and I learned why it can be so challenging to get things done in Congress. It opened up a whole new world of interest for me.

I began watching the news and researching the ideals and platforms of each political party. For the first time in my life, I went to vote in a senate election and actually felt that my decision was an educated one. From there, I began diving into foreign affairs and researching the role of the electoral college.

Several Sonlight levels include living books about American government and civics. In these books, information is presented in a way that draws the reader in, engaging their curiosity, and pushing them to keep learning.

For your convenience, Sonlight has gathered all of these books in one convenient spot called ELECTION HEADQUARTERS.

My grandparents read the newspaper every single day. It was part of their routine, and they were well-informed citizens. Sadly, our generation has lost this daily routine. For one thing, printed newspapers are on the decline, and online newspapers are just one of many internet-based sources to get your news.

However, I still believe that there is value in wrestling those oversize pages each day. There is a wealth of information to be found in the newspaper. Local and world news each have their own section of the paper. You are more likely to read a wide variety of news when it is staring at you than clicking on a link here and there when you see something that interests you. Even if you only have access to your local paper, I still think it’s a worthwhile investment.

In the upper levels of Sonlight, children are asked to write current events reports regularly. While current events are an important aspect of homeschool civics. keeping up with the news cycle with kids is challenging.

First of all, the news can be a little too heavy at times, and without being able to preview the news stories, it can be disturbing, especially for sensitive children. Of course, you can always use the newspaper like I mentioned above.

We also like to use the WorldKids or WorldTeens magazines for a lot of our current events discussions. However, even those can sometimes be less than current. So another good resource to utilize is CNN10. This is a short, daily, 10-minute news video geared toward younger viewers.

Current events reports and discussions are great for introducing and talking about civics topics. Many times, you’ll find yourself or your child chasing a rabbit trail during these conversations. That’s okay! Follow the trail as often as you are able. That’s when a lot of learning happens.

While all elections are important, there is something particularly excited and engaging about Presidential Elections. In those years, we like to give a special focus to our government, generally taking off several weeks of our usual curriculum to emphasize a more intense study on our government. Sonlight has a free Election Unit Study that will help you plan and teach this extra study. Plus there's a U.S. Elections Lap Book Kit to serve as a concrete resource during your study.

During our study, we talk about the political party system, watch the presidential debates, and discuss the major issues. We have our children look up the agendas of the two main candidates, and then, we hold a mock election. In this mock election, we set up a voting booth, and each child is able to vote on their choice of candidate. Then we count the votes and announce the winner. Occasionally, our children even ask for a recount!

After our mock election, we like to study the electoral college. Then, when my husband and vote, we always try to take our kids with us. They get to see the process of voting from start to finish. It is our hope that this encourages them to become voting citizens, too.

Utilize field trips to help provide a concrete understanding of American government and civics. It can be as simple as visiting your local governing body, City Hall, or your State Capitol. (Most local government officials are very welcoming to young people.) It can be as big and exciting as visiting The Senate or House of Representatives in Washington, D.C. Any time you can actually get inside to see the workings of government, take advantage of it.

It’s okay if your child holds a different viewpoint. Chances are good that at some point, you will find yourself and your child on opposite sides of an issue. It is so important that during these times, you model a healthy debate.

Show your child that their opinion is valued, respected, and heard. It’s perfectly acceptable and expected for you to respectfully share your opinion as well. In this climate of outrage, now more than ever, it is so important to demonstrate to our children how to work with others, especially those in disagreement with us. Here are a few guidelines for a healthy discussion that everyone (including us parents) should agree to abide by:

Just like Mr. Rogers taught me in that college American Government class, I want to teach my children to be engaged members of our society. We really do have a great system of government. We need to teach our children to get involved and to make a difference in whatever way they are called to do that. A homeschool study of civics will equip them to be informed members of society.

Get everything you need to teach your child the history and process of U.S. elections in one place! 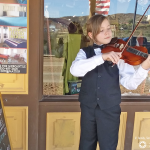 8 Low Budget Ways to Add Performing Arts to Your Homeschool 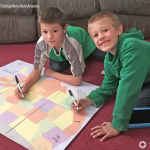 6 Ways to Afterschool That Don't Feel Like School at All 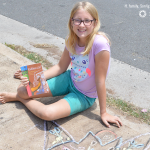 6 Ways to Cultivate Interests and Raise a Well-rounded Child