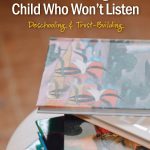 There is hardly a more frustrating parenting experience than asking my child to do something for the seventh time, in vain. Not only does it feel like a parenting failure, but it simply hurts my feelings. Seeing as we all want to move away from the antagonistic teacher-pupil dynamic, let’s plan how to create a more cooperative homeschool environment.

From compulsory tests that make a child feel thoroughly stupid, to the savage, demeaning humor of his peers, school puts all but the most self-assured children into defensive positions. They are so occupied with maintaining a sense of self, that initiating creative learning projects is the last thing on their mind.

Educating at home can erase many of these defensive behaviors. But it often takes a period of deschooling for the parent-child relationship to fully flower.

It’s a small wonder then that listening to a parent’s theory of column multiplication is a low priority. We must give time for the relationship to reset. If my children see me as a teacher who is employed to make sure they pass tests, I will be negotiated with more than listened to.

But I am not an employee, I am their parent, who would adore them even if they refused to learn a thing. Give enough time for trust in this to grow.

Allow a few months when you expect no formal work and they stop seeing everything as a test of their progress. A listening child can grow in these months.

As your relationship stops stinking to them of their previously antagonistic teacher-to-child and peer-to-peer relationships, this is the perfect opportunity to allow certain skills to flourish. Don’t take it personally if they initially don’t seem to care. Just being exposed to these skills is doing more than it seems at this stage

Don’t think of this as a new set of knowledge-tests but as a series of invitations into meaningful work. Once they sense your genuine respect for their competence as workers and learners, they will start considering you more as a research assistant than an exam invigilator.

In the periods when my children are more belligerent, I notice myself compensating with more and stricter rules. This spiral of my grasping for more and more control results in their going to greater and greater measures to reject it.

Very seldom does the answer lie in more severe punishment.

When I was teaching math to my seven-year-old daughter daily, I started panicking when she was retaining almost nothing. Initially I thought she needed more time studying math, but it wasn’t working. I gave her the choice, and she decided to have no math at all.

I was very disappointed, but I focused on my younger son, who is naturally more interested. After a few months, my daughter wanted to get involved again. This time she was the researcher, and I was the assistant.

Don’t be afraid to take a break from the problem subjects.

Removing all boundaries will not work, but enforce few enough that when a rule is encountered, it is taken seriously. A command is more likely to be listened to when it is rare and well-reasoned.

This means they will often do things I am not comfortable with, but it is not appropriate for me to put my foot down. I can advise that they use a piece of cardboard under the page so that the markers don’t seep into the page below, but if they insist on it, we have to agree to disagree. Guilt-tripping is useless in this case. Children must feel accepted by me even when they are stubborn or irrational.

We want children who are belligerent about justice and truth. Belligerence doesn’t mean disobedience, but be assured that a dictatorship will grow a dissident.

The Listener Grows at Home

Know that the home is the best vine-trainer. The parent loves with a depth that no teacher can. Deep roots grow in this deep soil, regardless of the season. We can only open up the spaces in which the sun shines and give the vine time enough to grow there.

Just as the sun shines regardless of the stature of the plant, some things are worth saying even when our children never seem to listen to them.Eventually, a child who listens will bloom, even when it comes to formal work. But all we can do is provide the soil and sun. Usually that means doing less—taking away that which blocks the light.

Be slow to angry enforcement and quick to encourage the skills they love. They will trust you to direct them, and they will open to the sun above. 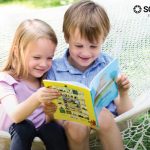 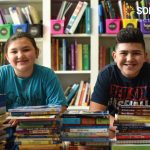 How Much Does Homeschooling Cost? Why It Is Worth the Investment 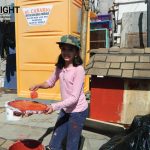