Why Parents Have It Better Than Professionals 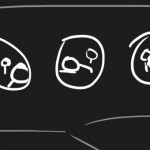 She reminds me of my wife right out of college, only with glasses and darker hair. She's friendly and seems happy enough to chat. "But I may fall asleep," she warns me. "I'm exhausted."

She tells me she's a teacher. She took over a 2nd grade classroom in January due to illness in the original teacher's family. The kids, she confides, were initially "hell." Little wonder, for over a month they had been subjected to substitutes and inconsistency. It took her a while, but they eventually settled into her routine and began to behave appropriately again.

She bubbled about how cool it was to have iPads for every student in her classroom. I asked her about the study that showed technology didn't actually aid learning. She hadn't heard.

She mentions that next year her class will be switching to the National Core Standards. It will save her some prep time, and she won't have to adjust as much as the other teachers who have been using their lesson plans for years. Speaking of lesson plans, she's still figuring out how to create hers. Administration wants them a week in advance, but that's difficult for her.

How do we, as parents, have it better than professional teachers?

The lesson plans thing continues to mystify me. Why are we so ready to "leave education to professionals" when those very professionals are so often thrown into situations for which they have almost zero time for preparation?

Since the school year has wound down--for the most part--how was your year? Mind leaving a review of the homeschool curriculum package you used this year?

Pitting Educators Against Parents is a Bad Idea 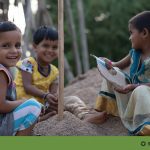