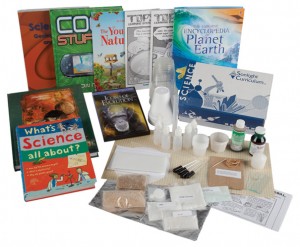 A recent article in The Atlantic featured this headline: "Old Earth, Young Minds: Evangelical Homeschoolers Embrace Evolution." It then went on to offer anecdotal evidence indicating, "More Christian parents are asking for mainstream science in their children's curricula."

This is not a new debate. Science and faith are often portrayed in the media as being incompatible. We're told that science emphasizes reason, facts, and evidence, while faith is blind, solely about emotion, and has no basis in evidence. This, of course, is far from the truth. Not only are some scientists biased in the defense of their underlying worldview--naturalism--but many Christians find their faith to be "true and reasonable" (Acts 26:25, NIV) on the basis of an abundance of evidence.

My goal here is not to definitively settle the questions surrounding science, faith, and evolution. I know better than to think I can resolve these significant questions in one blog post! I do wonder, however, what you think of these questions.

Is it true that Christian homeschoolers are embracing theistic evolution? (This is the view that God plays a role in the evolutionary process.) Do you teach young-earth creationism? Old-earth creationism? Intelligent Design? How do you go about addressing matters of science and faith? What might you want to see in upper level homeschool science curricula when it comes to these questions? Please let us know in the comments section!