Are homeschooled students really all that different?

I've been watching a fascinating conversation unfold on the Sonlight Forums regarding whether or not kids who are homeschooled are really all that "different" than their public or private-schooled peers. It's certainly a legitimate question to ask ... none of us wants our kids to be "oddly" different  or socially inept, or to stand out in a crowd in a negative way.

This homeschool mom shared that in a conversation with someone she knew, the statement was made that a relative had noted that they could easily "spot homeschooled kids in a crowd" because they stood out in a less than positive fashion. The rest of the thread explores the validity of that statement and whether or not it is something that should concern us as homeschoolers.

I must admit, I have sometimes worried about the big *S* (socialization) as every good homeschooler does! I often come to the conclusion that social awkwardness is not unique to homeschool students ... nor is it unique just to school-aged individuals. I know plenty of public schooled adults who struggle in social settings ... including myself at times!

Do we want our children to be "different"? Perhaps we do in some ways. If my students are more gracious, more giving, or more mature than their peers (homeschooled or otherwise), then that difference is a positive thing! If my children struggle with social settings and would rather spend time alone, then maybe I should reassure myself that there is room in this world for the quiet thinkers and allow them to be who they are. Perhaps we need to carefully consider our definition of "socially acceptable" and determine if it needs changing.

In the end, I recall the verse that speaks to the folly of comparing ourselves with one another, and using ourselves as the standard of measurement. God has created each of us for a unique purpose ... some to be a hand, some to be an arm, some to be the big toe. My prayer is that my kids will be the best hand, arm or big toe God has designed them to be!

So you were homeschooled ... 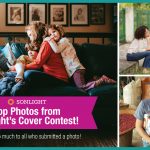