Two Sides of the Precipice

I also question my abilities as a filmmaker after seeing Mary Grace's video. Grr!

I'm a bad blogger because I saw an image today on a person's blog, and I can't remember who it was now and I didn't write it down. So, I'm sorry, person.

The image on someone's sidebar was of a gun with the caption: Would it bother us more if they used guns? abort73.com

How would people respond if, for a partial birth abortion, the doctor pulled out an HK USP Compact 9mm [NB: Link contains mild profanity] and shot the fetus through the mass of cells students would be inclined to label "the head" on an anatomy lab?

But what of the other side?

Images/presentations/sound-bytes are an artwork all their own and can highly affect how we approach a topic. So what have the Pro-Choicers come up with? How about the slogan:

77% of anti-abortion leaders are men. 100% of them will never be pregnant. It's your body. It's your decision. found here

And so we stand on a precipice: Basic human rights--the freedom to live--in question.

For the pro-choicers it's a question of being allowed to live your life, the freedom to do as you please without [ignorant] others imposing their beliefs on you.

For pro-lifers it's a question of being allowed to have a shot at life at all, without murders snuffing you out.

This is not the place--nor do I want to become such--to debate the merit or lack thereof of either side. This post is aimed at reminding us, to the point of being acutely aware, of how far we polarize each other when we step off the cliff: Murderer. Tyrant. Sinner. Slaver.

The whole debate turns on the question: Is a fetus a child?

If a fetus is a child, then, yes, it would be like pulling a gun on a baby.

If a fetus is not a child, then, yes, those men are simply trying to hold women down... or worse.

Until we agree, neither side is going to convince the other, and pictures like the ones above will only push the other side off their precipice while preaching to our choir.

Is that what we want to do?

Is that what we should do?

...but what else can we do, considering this is a question of life or death (potentially for women and children)? 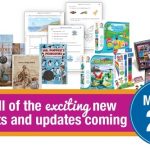