We were part of a homeschooling co-op group for a year or two back in the day. We did arts and crafts and other things that groups of kids do. My sister created a clay penguin which caused some hubbub when it appeared on page 5 of Sonlight's 2008 catalog and people couldn't tell what it was.

I tried to make an eagle and was horribly frustrated when I couldn't pull it off using nothing more than a coat hanger and toothpicks to fashion the clay.

I've always been an overachiever with perfectionists tendencies. ...not an ideal combination for things like art.

And how do you console a child who has bitten off way more than he can chew and yet is devastated that his work of art isn't turning out anything like the picture and is in tears because the clay isn't doing what he wants?

I don't know because I was inconsolable at the time.

And while I haven't had to deal with someone else's inconsolable child yet, there have been times when I've wondered what I should do. Prime example:

We were talking about sin in Sunday School and I asked the kids to list off a few. The typical ones showed up: Lying, murder, stealing. I tried to make it a little more personal by reminding them that disobeying their parents or being mean to their sibling were also sins. After the lesson, one of the girls came up and told me she had thought of another sin and asked if she could write it down on the whiteboard. I let her, and she put down "drinking."

Okay... that's up for debate, but getting drunk is something we should avoid, so I let it stand. And if her parents have told her that drinking is a sin, I'm not going to disparage them.

But after class, another girl quietly approached me. She looked forlorn and distraught. In a quiet voice she asked, "May I erase that?"

My guess? At least one of her parents enjoys an alcoholic beverage now and again. Perhaps one of them even gets drunk. But whatever the case, this hit far too close to home. What's more: It wasn't helping anything.

I encouraged her to erase the offending item and watched with a twinge of pain as she vigorously removed the word.

I don't remember if she had tears in her eyes at the time. But I do now.

Homeschooling gives us an incredible opportunity to teach our children. But I'm also thankful for the opportunities to teach other people's kids because it reminds me of how many different backgrounds, perspectives and experiences we come from. It reminds me to be more cautious in my judgments, careful in my statements, and thankful that I will--by God's grace--have children of my own soon. 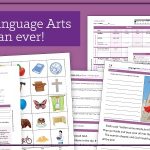 Education Is Not About Teaching

Want Your Children to Reject Your Teaching? Do This