How NOT to Teach the Difference Between Fact and Opinion 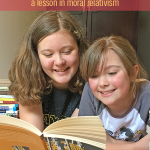 How do you teach your children the difference between fact and opinion? It seems most schools do so in a disturbing way. It looks innocent enough, but the results are a bit scary.

Read this description from the Common Core:

Do you see the problem? Philosopher Justin McBrayer explains it brilliantly in his New York Times piece: Why Our Children Don't Think There Are Moral Facts.

The Trickiness with Facts

Even before Common Core, most children have been taught since their early years in school that facts are things that we can prove true, and opinions are things we merely believe. That's well and good for factual statements like "Ants have six legs," and opinions such as "I think chocolate ice cream is the best." But what about statements like "You should stop at stop signs"? Or even "God exists"? You cannot use the scientific method to prove either of those statements true or false. Yet either God exists or God doesn't exist. Whether I happen to believe God exists does not change the reality.

And there's the trickiness with facts. I would define a fact as "something that is true." We can prove some things that are true, and some things are true even though we can't prove them. Likewise, some of our opinions are true, some are probably false, and some are neither. (There probably isn't a definitive truth on which ice cream flavor is the best, for example.)

I highly suggest you read McBrayer's approachable article to get the full picture. He explains the problem well:

Fact or Opinion? Or Both?

Another problem McBrayer points out? Students learn that statements must be either opinion or fact. But in reality a statement can be both. After his second-grade son dutifully learned at school that a fact is something that is true and opinion is something someone believes, McBrayer describes this conversation between them:

Me: "I believe that George Washington was the first president. Is that a fact or an opinion?"

Me: "But I believe it, and you said that what someone believes is an opinion."

The blank stare on his face said it all.

What this confusion leads to is students' unexamined assumption that all statements of value and morality are simply opinions. Is it wrong to cheat on tests? Should students respect people who are different? Is it OK to kill someone we don't like? Since we can't use the scientific method to find answers to those questions, students assume there are no answers.

There is a Truth Behind Moral Statements

Anecdotally, it seems that most students who enter college today would claim to be moral relativists (saying that there are no moral facts). But did you know most philosophy professors are not? Even in that largely liberal academic field, philosophers know that moral relativism is just not an intellectually tenable position.

Instead of hoping a good professor corrects this intellectual laziness in our students later on, let's teach them correctly from the start. Let's teach our children that things we believe can also be facts. There is a truth behind moral statements. As McBrayer puts it:

Again, another great freedom of homeschooling! With a literature-rich curriculum that inspires questions and conversations, we can teach our children sound and logical thinking from the beginning. And we can set them up to understand that things can be true even if we can't prove them with the scientific method. Amen! 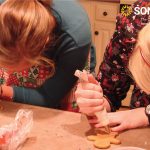 How Not to Stress out this Christmas 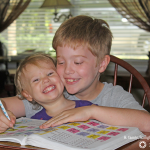 It's Not All Rainbows and Butterflies: Homeschooling Is Hard 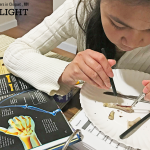 The Power That a “Not Yet” Attitude Brings to Your Homeschool