The Proverbs 31 Homeschool is Not a Daily Checklist 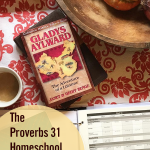 I can still remember reading Proverbs 31 for the first time after becoming a wife. What was, for so many, an anthem of womanhood, I found to be sheer exhaustion. I wasn’t inspired by her; I was tired! I wondered so many times how the Proverbs 31 woman did that lengthy list of tasks every day. I lamented that I would never measure up.

It wasn’t until a few years later that I heard a sermon which graciously explained that Proverbs 31 was an account of this woman’s life, not her day. I wanted to give the preacher a great big hug of relief. Finally, like so many other women and mothers, I was able to see her as inspiring.

I guess that I forgot that nice little lesson when I began homeschooling because I sat down that first summer and made a list of everything that I wanted to teach my kids. The schedule was a little tight, but I figured that it must be the way that you inspire your children to become wonderful, well-rounded people.

On our first day of homeschool, my kids weren’t inspired, they were tired. After our morning of Art Appreciation, Music Appreciation, Science experiments, Read Alouds, Nature Study, Geography, and the study of 20th Century Poetry, I had to admit, I was tired too. Once again I had fallen short of the mark.

Rookie Mistake: Over Scheduling the Homeschool

Of course, now I know that I had made what my sports-loving son would call a rookie mistake. It took a few months of trudging through my insane schedule, but I finally admitted that it was not working. I did not have a Proverbs 31 homeschool; I had a checklist approach.

So I decided to take a new tack. I looked at all our “extra” subjects, the subjects that I knew were important but not required, and I decided to focus on only one for a while.

It was as if a ray of heavenly sunshine shone down on our day. Not only did my kids seem to relax, but they also thoroughly enjoyed our art appreciation. They actually appreciated it! Before long, they knew several paintings and began noticing them any time they saw them in cartoons or in pictures. They reveled in our art time, soaking up every minute of drawing the wet watercolors across a thick paper.

After a few weeks of art appreciation, we switched to music appreciation. Then we did the same with subjects like geography, science labs, and Nature Study. At the end of the year, I was pleased to find they remembered what we had studied. They could still

And then I realized that it had happened… I had inspired them by giving them time.

I relaxed into a broader perspective of a full academic year—many years, in fact—instead of getting bogged down in what we were (or weren't) accomplishing each day.

Older and Wiser With a Trusted Guide

The following year, I was drawn to using Sonlight was because of the doable scheduling which maintains a great depth of richness. Now, I don’t even have to worry about how I’m going to fit in all the extras. It’s already planned for me. I can simply enjoy the books and enjoy my children, trusting the program to cover what we need over the long term.

I now realize that very much like the Proverbs 31 woman, we are not created to squeeze five thousand subjects into our school day. Being a Proverbs 31 homeschooler means that we learn a lot over time.

Just like the Proverbs 31 woman's accomplishments were spread over a lifetime of service and devotion, your homeschool experience is a steady stream of learning experiences, laid down layer upon layer, week after week, year after year. The Proverbs 31 homeschool is a long haul, not a daily checklist.

Education is not something you go to get, it’s something that life gives you, and we need the time to be receptive, to allow these things to simmer in our minds and hearts. More importantly than doing twenty-five subjects today, we need to do a few select subjects well. There is a season for everything under the sun, so let’s not try to make everything under the sun fit in one season.

Curious to see what this Proverbs 31, long-term approach to homeschooling might look like for your family? Go to SmoothCourse to explore your options. 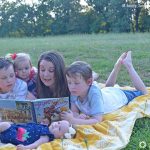 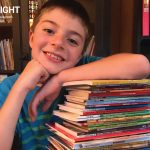 A Reality Check for Your Deepest Homeschool Fears 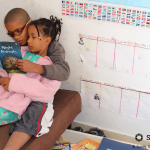 Second-guessing: Did I make the right decision to homeschool?