Print vs. Film: Enemies or Friends? 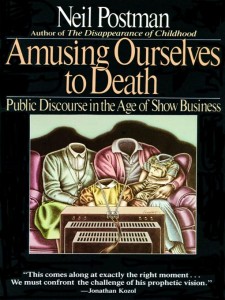 Whether we like it or not, the medium of film is a powerful cultural force. Motion pictures, television, online videos, and even video on demand on smartphones are realities of our world. But how do they relate to homeschooling? Before we get there, let's look at some differences between print and film.

Are there differences between print and film? Of course. They are different mediums. Print, for instance, is mostly conceptual, dealing with linear ideas. Film, on the other hand, is mostly visual, dealing with images that may or may not be linear. Print typically requires concentrated thought, while film generally requires little concentrated thought. Print excels in building rational arguments, but film favors entertainment over rigorous rational discourse. Print requires literacy, while film generally does not. Print is usually a quiet endeavor, involving an interplay between the author and reader. Film, though, is noisy, involving sounds, music, etc. Print records the great ideas of human history, while film is mostly transient and fleeting (especially much television). Finally, we could say print is active, while film is passive. That is to say, if we are good readers we engage printed ideas actively, but when we watch film we are mostly passive observers. There are exceptions to each of these points, but on the whole I believe these differences are representative of what is typical of each medium.

With that said, we could also add that print and film share some similarities. Both, for example, can tell a story, evoke emotions, share ideas, entertain, can be artistic, and are capable of communicating truth or error.

Must print and film engage in battle? Not necessarily. Film can often serve as an engaging supplement or complement to literature-rich homeschooling pursuits. After all, it's one thing to read about something and another to see it in action. With parental monitoring sites like YouTube offer a wealth of educational supplements that will excite your children and move them to want to learn more about various subjects. This is one reason Sonlight incorporated links to video clips in many of our Sonlight Science programs a few years ago.

I've written elsewhere that film is the "new literature." I don't mean that literature will disappear, but that we've largely shifted from a culture that asks, "Have you read?" to "Have you seen?"

Sonlight is literature rich. We value the written word and the ability of literature-based stories to make a difference in lives, whether it's shaping character, exposing us to different cultural ideas, or just entertaining us with characters that come to life. Understanding the differences between film and print can help us better understand these mediums, as well as how to better incorporate them in our efforts to educate our children.

Do you incorporate video when you teach your children? Let us know how you do it and how your children respond.

Confessions of a Happy Filmmaker

Sonlighters Talk with Their Children