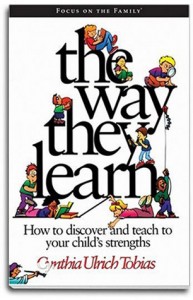 A friend posted on Facebook earlier this week that her son had decided he no longer wishes to read ... he just wants to play and ride his bike all the time. Her comments made me smile as I recalled when one of my children informed me that she did not wish to grow up. She was enjoying playing and "just being a kid" too much to become an adult.

We live in a culture that is obsessed with standardized test results, and that obsession seems to be negatively affecting our youngest students the most. In her article, The Disturbing Transformation of Kindergarten, author DianeMarie addresses this issue of hyper-focus on student performance at the expense of attention to how students learn best. While I may not agree with everything she states, I do believe she makes some points that are worth consideration.

According to the author, time spent in child-selected activity in kindergarten has dropped by more than one-third, and direct instruction and testing has increased. It breaks my heart when I think of a generation of children growing up without playing, without imagining, without creating, without just being kids.

As Jill pointed out in one of her blog posts, children learn a great deal through climbing and building with blocks and putting together puzzles and just playing! In fact, some children learn best by moving and interacting with their environment, as opposed to sitting still at a table or desk.

Let me encourage you to resist the temptation to give in to cultural pressure to begin teaching Johnny to read at age 3 or to expect a full day's worth of academics from your kindergarten student. Instead, spend some time with your child and find out how he/she learns best. If your child is ready to begin learning to read at age 3, then certainly don't discourage him. However, make sure that the better part of his day is filled with playing and exploring. After all, childhood only comes once. So I say ... Let them play!

Still on the journey,
~Judy Wnuk

It's Not the System

Socialization Ill: Pressure to Not Excel

Education Is Not About Teaching