Letting Kids Learn Their Way: Even with Loud Music or Upside Down 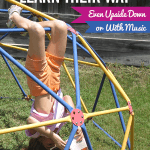 Several years ago, my son asked if he could listen to music while he did his math. He didn’t want soothing background to muffle other noises or even some upbeat classical tunes to keep him energized—either of which would have made sense to me. No, he wanted dance music, the kind he likes to sing along to.

Frustrated that he wouldn’t just buckle down and get his work done, I told him no, but that he could listen to his music as soon as he finished his math. He continued to periodically make this request over a few weeks’ time, and I continued to be annoyed.

One day I decided it was time to prove my point, to show him once and for all how distracting that music would be for him. He was convinced it wouldn’t be, but I knew better.

I set a timer and let him listen for 20 minutes; he had to use earbuds so he wouldn’t disrupt his siblings. He cracked open his Horizons math workbook, and I showed him how much of the lesson I expected him to have done during that time—an amount I knew he could do without distractions.

Twenty minutes later the timer sounded, and I discovered he’d done far more than I expected him to. Convinced it was a fluke, I set the timer again. I assumed that he had  worked incredibly hard to tune out the music just to prove me wrong and earn the privilege of listening to his upbeat music.

Yet the same thing happened several more times over the course of a week. It turns out this particular kid does math better than I ever anticipated while listening to loud, fast, music with vocals.

Battles about dawdling ended, math got done sooner, and we were both happier.

Letting Kids Choose How and Where to Do Their Work

I always thought I was a flexible mom! We’ve never used desks for school and rarely use the dining table. Because I’m fully aware that there are different learning styles, I've always let my kids go wherever they prefer to do their school work. Here's how that plays out at our home:

Because, why not? There’s no harm in trying. And while I gave my kids this liberty to read at the spot of their choosing, I still had this objection to math with raucous music.

My son taught me I must not make assumptions about what’s best for each of my kids when it comes to getting their school work done.

Was there a possibility I was right—that an active kid who loves music would end up spending more time singing along and busting a move than doing math work?

But there was also a possibility that something I had valid reason for believing would be impractical and unsuccessful would turn out to be exactly what he needed. I just had to be willing to give it a try. I'm so glad I did!

How do I now respond to requests about school that I don’t think are ideal? Well, sometimes I pull rank and use my veto power. That’s life.

More often than not, though, I’ll let the kid give it a try. As long as they’re accomplishing their task in a timely manner, they may continue doing it their way.

To find out more about a curriculum that gives you loads of flexibility, order a complimentary Sonlight catalog today. 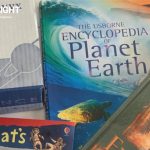 Three Things I Wish I Had Known When I Started Homeschooling 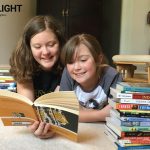 5 Reasons Not to Avoid Tough Topics with Your Kids 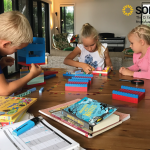 You Have What it Takes to Homeschool