It is now legal for approved teachers in Texas to carry guns to school. Depending on who you read on the topic, this is everything from a fantastic move to a really dumb idea.

Well, first, most homeschoolers won't have to worry about this that much. But, if any of your kids end up in a public high school (like I did), then this will become a very real issue. And, as educators ourselves, we should all consider the ramifications of such a law.

Second, I have long held to the idea that many restriction laws only hurt honest folk. That's why I am personally against things like DRM while still fully supporting the rights of content creators to get paid for what they do. Making something illegal means that only lawbreakers will have it, and if that is a gun then we are defenseless.

But I also ascribe to the idea that "locks are in place to keep honest men honest," so while anyone could easily break into my house if they wanted to, someone has to choose to do so because my door is locked. If we encouraged/allowed everyone to openly wield a gun, I think we'd just be "leaving our doors open" to violence, so to speak.

The danger of everyone openly "packing heat" was pretty well demonstrated in a film I recently watched. If everyone can just pick up a gun and start shooting, people start shooting often.

We need balance (imagine that).

Crime rates drop, to my understanding, wherever responsible people are allowed to carry firearms. But wherever everyone (including children) openly brandish weapons, violence is rampant. So weapons must not be sitting around on teacher's desks (as some people warn will happen), but I don't see anything wrong with adding another line of defense for our school going children.

This reminds me of a story my dad told me from his school days...

His class was studying communism and the teacher had to step out of the classroom for a moment. My dad, always passionate about learning, started to lead the class in a revolt of the "oppressive" classroom. When the teacher returned, my dad was standing on a desk and leading the class in a chant of, "Down with the evil oppressors!" or something like that.

The teacher tried to regain order, but this only drove the freedom fighters into more of a frenzy.

The little old lady then walked behind her desk, pulled a handgun from her drawer, pointed it at my dad and told him to sit down.

Nothing like an object lesson to teach about tyranny and martial law, eh? <smile>

Is my dad horribly scarred from that experience? I don't think so. In fact, in college, my swimming coach expressed his disbelief at modern laws. "We used to go shoot frogs in the creek with our guns after class," he mused. "How times have changed."

Interesting stuff. I wasn't even allowed to have a pocket knife on campus that was longer than 4". 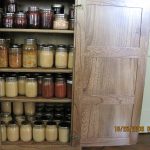 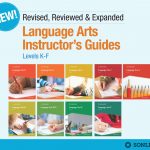