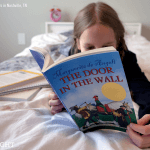 Recently we moved—a rather sudden, unplanned move—seven-hundred-miles inland, in the middle of the school year. I’m not the type to go poking around for change. We didn’t move because I wanted a change; in fact, I’d be quite content in Tolkien’s idyllic Shire, enjoying a book, second breakfast, and a dependable, comforting routine.

When faced with this move, my husband called it an adventure. I confess I echoed Bilbo Baggins in The Hobbit, “[Adventures?] I have no use for adventures. Nasty disturbing uncomfortable things! Make you late for dinner!”

I know better. I know the value of change. I’ve experienced the transformative power of change. And I know change is at the very heart of redemption, without which there is no life. But in the moment—in the

Bilbo Baggins, of course, didn’t hold on to his adventure-averse attitude. He didn’t remain static, entrenched in the Shire, unwilling to enter any other season of life. Over the course of the book, his willingness to accept change enacts change in him, too. He undergoes an entirely relatable, and yet entirely fantastic, transformation. We need life-giving books like this, and we need to partake in the tremendous joy of sharing them with our children, too.

We all agree Sonlight books—like The Hobbit and The Door in the Wall and The Light at Tern Rock—are special. The main characters

But just what is it that sets the characters in Sonlight books apart from the rest?

To begin, the people we read about in these beloved books present the human experience with some degree of realistic imperfection.  “Heroes should not be flawless,” Sarita writes in her seven-part test for a Sonlight book. “Anti-heroes ought not to be thoroughly detestable. They need to be nuanced and complex – the way real people are.” (Even Smaug and Gollum are not flat characters, dripping in over-the-top evil. There is a subtlety to them which resonates with the human experience. And Bilbo himself is nowhere near perfect.)

Just as we desperately need books with flawed literary characters, we also need books with dynamic, developing characters. “The protagonist must change for the better over the course of the book”, writes Sarita in the second part of the Sonlight book test. (Dickens’ Ebeneezer Scrooge of A Christmas Carol is perhaps the most widely-recognized dynamic character.)

But why does this quality of being changeable matter so much?

As nature’s most basic level, we see the importance of change. Jesus says, in John 12:24, “Truly, truly, I say to you, unless a grain of wheat falls into the earth and dies, it remains alone; but if it dies, it bears much fruit.” The Message version translates the second part of the verse as follows: “In the same way, anyone who holds on to life just as it is destroys that life. But if you let it go, reckless in your love, you’ll have it forever, real and eternal.” (Emphasis mine.)

There’s a symbolic meaning there as well as literal, but either way, it is undeniable: without change, there can be no life. A sprout must trade the cotyledon seed leaves of its infancy for true leaves, else it will shrivel up and die. A blossom must disintegrate to make way for the fruit. In The Door in the Wall, young Robin’s very life depended on embracing the changes Brother Luke brought into his world.

"Life is a process of becoming,” wrote author Anaïs Nin, “a combination of states we have to go through. Where people fail is that they wish to elect a state and remain in it. This is a kind of death." One would never describe Nin as espousing a Christian worldview, yet she understood well this rudimentary truth: growth cannot take place in a stagnant place.

Our children need to understand this fundamental principle, too. And we have the great privilege of feeding their souls with stories of those who did not remain static, stories about people like

all of whom did not elect a state and dwell in it, but grew from the conflict in their lives, as painful as those experiences sometimes were.

No matter what seemingly-insurmountable challenge or grief you or your children are facing, this is not the end. You are yet in the middle of your story. It is still being written. And, in Christ, the best is still to come. 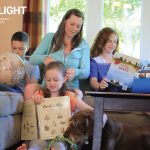 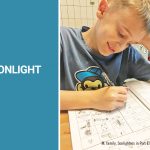 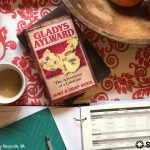 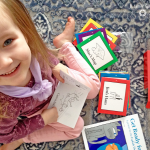 7 Reasons Not to Teach Reading Early