An Alternative to Chore Charts for Large Homeschool Families 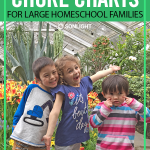 As a busy homeschooling parent with a full time job and many children to teach, I need a home cleaning routine that runs smoothly so I can focus on homeschooling my children. In other words, I need everyone to pitch in and help out.

To keep track of which child has which housekeeping duties, we’ve tried many different styles of chore charts—stickers charts, magnet charts, and laminated checkoff lists. I tried dividing chores based on age, drawing chores out of a bowl, and using a spinning wheel.

While all of these chore techniques were useful for a time, I quickly discovered that, for me, there were two main disadvantages.

1. Chore Charts Do Not Allow for a Wide Variety of Ages and Abilities

Because large homeschooling families usually have several children ranging across a fairly wide age span, there is no way to make chores equal. A child of five can not be expected to wash the same amount of dishes to the same degree of cleanliness as a child of ten. A child of eight might be much faster at cleaning the same room as a child of four.

Instead of becoming a tool to help me focus my attention on homeschooling, chore charts quickly became an interruption. I had to track which child had which chores on which day. I moderated whose turn it was to wash dishes and whether I should count a meal using disposable plates or other unusual situations.

Children would interrupt a math problem to inquire whether today’s floor-sweeping assignment also included picking up the dust pile created. (I’m not sure why they even thought that was up for debate.) Or while I was working on spelling with one child, two others would be arguing over whether their chores were part of another child’s chore.

My children were always trying to demonstrate why their share of the chores was not fair.

Making those decisions is stressful for me. I need a way to assign chores without constantly having to arbitrate so I can focus my limited time on helping them with science and math.

Solution 1: Assign Chores by Room Instead of Task

Finally, I decided the fairest way I could assign tasks was to designate one room per each of my four children. The child would maintain responsibility for that room for an extended period of time, rather than constantly changing.

Then I divvied up the rest of the house. We had a smaller house then, so I assigned the oldest child the dishes and kitchen, since she was really fast in cleaning those. My second child had the dining room and parents’ bedroom. My third child had the living room, and my fourth was responsible for bathrooms and hallways. She was four at the time, so her chores were limited to wiping down the sink and dusting.

Those chores have grown with them. The older they get, the more I expect a more complete job of cleaning their assigned area.

They keep these room assignments indefinitely. They are allowed, if both parties agree, to trade rooms. I’ve seen my oldest trade the kitchen and dishes for letting siblings use her iPad or agreeing to take them to the park. Even my youngest is pretty good at trading even though she doesn’t have a lot to barter with.

They can also establish a long-term trade. They are responsible for figuring out the trade and then telling me the terms of their agreement. We’ve had a few change-ups over the years.

Now any time I walk into a messy room, I know who needs to work. My children also guard their rooms, preventing messes from being formed, so they have less cleaning to do.

By teaching my kids to take responsibility for one room, I no longer have to worry as much about incomplete housework. We get more homeschooling assignments completed, and I spend less time moderating chore assignments.

Solution 2: Assign Toys by Type Instead of Location

I minimize toys, but with six children across a wide age span who are home more often than not, toys still seem to explode everywhere. When they bring toys into the living room to play with during read-alouds and then we hurry off to an appointment, it isn’t fair for the child assigned the living room to do all the cleaning when we return.

To cut down complaints of “It’s not fair” and “It’s not my fault,” I started dividing the clean-up of toys by type, rather than location.

All other toys are sorted by the children in charge of the rooms they are found in. But we try to limit the amount of overall categories and toys which don’t belong to one of the above categories.

This toys-by-type system allows them a larger selection, but allows them to quickly straighten them and put them away. No one is allowed to prevent siblings from playing with toys, as long as they play respectfully and clean up after themselves most of the time. But this cuts down on assorted pieces lying around or if no one claims responsibility for taking them out.

This system also works equally well for Sonlight science supplies (each child is responsible for their level’s science supplies), math manipulatives, and other educational materials.

By changing how I assigned chores, I was able to reduce friction and arguments in our house, teach children to fully clean an area regularly and thoroughly, and provide them with a sense of responsibility for keeping our family house organized. This non-chore chart method allows me more time and energy to homeschool and enjoy being with my children.

SEE HOW SONLIGHT SAVES YOU TIME

Wouldn't it be wonderful: to not have to worry about what you are doing each day for homeschool, but to simply do it?

With Sonlight's Instructor's Guides, you won't have to worry about scheduling, comprehension questions, activity sheets. None of it. Because we've already done it for you. 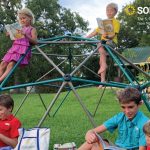 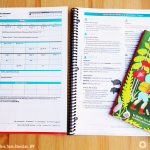 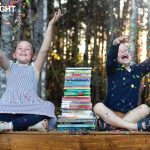 Way Behind in Homeschool? Tips, Resources & More to Catch Up Fast