A Friday Full of Fire

It seems as though my enthusiasm for Sonlight's inclusion in iTunes has smacked into the harsh reality of internet mysteries. And so, for the time being, it is impossible to download the Sonlight podcast episodes in iTunes.

We think it may be a Firewall issue, and I have alerted some of the best minds to the problem. But, because they are the best, they also happen to be busy. So, this may take awhile.

Until then, please note that you can still listen to (and download) the files from sonlight.com/podcasts.html.

The fires have not died down since Wednesday on the debate over a "hostage cracker"*.

Again, I call for a level-headed, even-handed approach to this topic. And so, let us start from the top:

Bill Donohue has pointed out that, since Paul Zachary Myers (PZ) posted his pledge to desecrate the Eucharist on a blog connected to the University of Minnesota Morris, his actions should fall under the code of the school; most notably, the requirement that students and faculty be "respectful, fair and civil". And, if you read PZ's comments, he is anything but that.

On the other hand, to then go on to say that "It is hard to think of anything more vile than to intentionally desecrate the Body of Christ" goes too far for me. In fact, in PZ's initial rant on the topic (as I briefly quoted on Wednesday), he points out one thing that seems to be at least on par (namely, the vicious murders of homosexuals).

But beyond this, PZ doesn't accept the fact that it is the Body of Christ (it's just a cracker to him). And so Bill's comment is aimed at stirring up the already angry Catholic crowd.

That is a misstep, I think.

[NB: Again, the following links go to the "scientific community" where rage, hatred, and profanity abound.]

The other side has come back with claims that "The Christians are trying to Shut Down Pharyngula".

Not totally true. But...

PZ claims, and I have no problems believing him, that

I have received 39 pieces of personal hate mail.... Four of them have included death threats.... Thirty-four of them have demanded that I be fired. Twenty-five of them have told me to desecrate a copy of the Koran, instead.... I even have one email that says I should be fired, that the author would like to kill me, and that I only criticize because Catholics are so gentle and kind.

This is certainly not a "level-headed, even-handed approach to this topic". Of course, neither are the comments following his post (most of which would not be post-able on a site that was not rated for "inappropriate content").

And so, since I think we should be active members in our community, I encourage you to get involved if you feel so inclined. Just like PZ, I encourage you to share your thoughts with the University's President: Robert H. Bruininks (bruin001[at]umn[dot]edu) or by mail (if PZ's information is correct):

But as you sit down to write, please keep these three things in mind:

1. Writing in rage will not help [James 1:20]. It tends to diminish your ability to articulate clearly, accurately, and lovingly--all of which we need more of from the Christian community [2 Corinthians 6:3-10].

2. Please stick to facts and truths, not sensationalism or wild (or religious) claims. Telling those who do not hold to Transubstantiation that this is an offense against Christ Himself won't really do much except, perhaps, bring insults back on you. Rather, point out the disrespectful actions and ask for an appropriate response from the University.

3. Use your real name and contact information. Be accountable for what you say.

Here's a chance for you to use your fantastic education, your experience with diffusing escalating situations at home, and your focused worldview to demonstrate a winsome and effective response in the midst of fire and brimstone.

*I would like to point out that this is a prime example of the propensity for the media to make something sound far worse than it actually is. If I recall, no one said they were holding anything "hostage". Ah, the unbiased, non-sensationalistic nature of the "just the facts" news.

It's a Good Friday 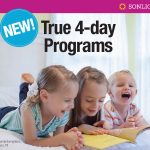 From Luke's Inbox: What About AP Classes?