Our India Trip to the "Edges"

In the 1970s, the famous missiologist Dr. Ralph Winters had an epiphany. He had met scores of missionaries headed to Mexico, Guatemala and Nigeria. But he had never met a missionary serving in Afghanistan.

He knew every country needs the Gospel. But there were places that weren't being touched at all. This is where the whole unreached people group movement started. If we believe the Bible's teaching that there will be some in heaven from every tongue and tribe, then we need to know where these people groups are. And, we need to send people directly to them.

This concept radically changed the whole missions movement. Mission agencies began to map the unreached people groups in the world. Who still needs a Bible in their language? Who needs Christian workers in their midst?

Nowadays, the mission agency Frontiers works hard to find Muslim people groups who have never heard the Gospel. Surprisingly, they've found that many of these unreached Muslim people groups live in a country we don't typically associate with Islam: India. In fact, India has the third largest Muslim population in the world.

Last month, John and I had the immense privilege of visiting some of these precious people. We flew to Delhi and went into the oldest parts of the city. These cramped, poor neighborhoods are home to Muslim families who have lived there for centuries. When many Muslims fled to newly-formed Pakistan during the turbulent Partition of India in 1947, these families stayed put. And in a predominantly Hindu country, they often face serious discrimination.

We met workers who live among these Muslims and share the hope of Jesus with them. These workers have a hard road ahead of them, but I pray for the transforming power of the Gospel to take hold.

John and I want to strategically reach out to these places on the fringes. Places that don't yet have a strong Christian presence. We call these places the "edges." 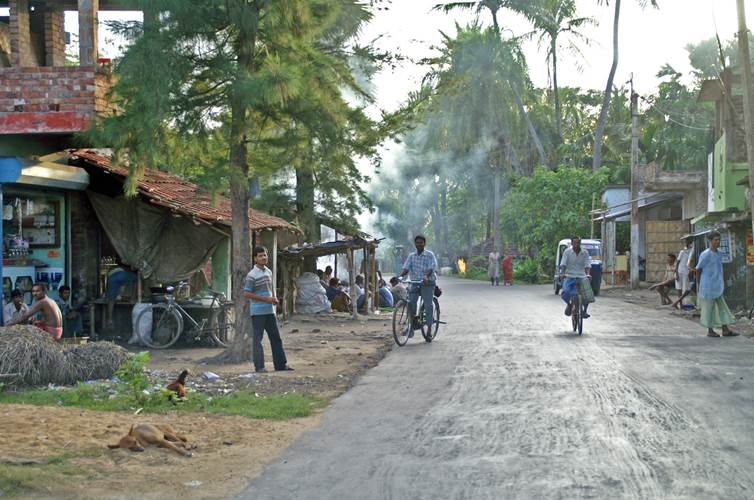 After our time in Delhi, we flew to another "edge" place: the Indian state of Gujarat. When we asked Mission India leaders to identify a region where almost no Christian work was happening, they pointed us to Gujarat. And so we support Mission India's work there – Adult Literacy Classes, Children's Bible Clubs and Church Planter Training.

We visited a church where the pastor had come to faith through Mission India's work. Though he and his congregation are from one of the poorest and most despised people groups in India, this church was overflowing with hope and joy. Their newfound vibrancy in Christ blew me away. The Gospel does transform lives!

Please join me in praying for these places where the Kingdom of God is just starting to break through. What a privilege to help in that work.

Please register for Lost in India!

Why Sonlight partners with Mission India