We've been studying 2 Kings, specifically the life of Elisha the prophet. Shocking, to me, is how many times Elisha does things that borrow from the magical realm of the Ancient Near East (learn more in the IVP Bible Background Commentary).

This reminds me of Rebecca LuElla Miller's post on Daniel as the Chief Magician of Babylon.

And today, today is Saint Patrick's Day. This is a holiday to celebrate a Christian missionary. I think that's super cool. So while I don't wear green -- or orange; yet so often find myself in the historically relevant blue -- I love that, at heart, today is a day about missions.

And, it seems, Patrick also embraced magic. It makes sense. Like Christ who embraced our humanity, God loves to communicate with us in ways that we can understand (the one idea I liked from the original trailer of Aronofsky's Noah flick).

I don't find the non-Christian and post-Christian kids I hang out with are much interested in magic. They're more drawn to science and pop-philosophy. I count it a privilege that my Sonlight education prepared me both academically and philosophically for this. I'm always open to learning more and I'm not at all afraid of encountering challenging ideas. I can engage with the thinking of today and find ways to connect it to Christ. And, as if the KJV joke were factual and not farce, if it's good enough for Paul, such an approach is good enough for me.

* Naaman's complaint that Elisha didn't come wave his hand over the spot seems to refer to the practice of magicians standing on the river bank and chanting while waving their hands in a circular motion. Elisha didn't feel the need to do this, proving that -- while doing something contextual to the culture -- the power of his God was far more amazing. Fascinating!

Living in the Mundane ... 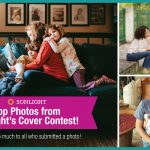