Extension Activities for Winnie the Pooh 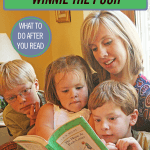 Winnie the Pooh is one of the Read-Alouds from History / Bible / Literature A Intro to the World: Cultures. But it's more than that to me. It's a childhood favorite and one that I love introducing to my children each time one of them reaches that level. It's a classic for so many reasons, not the least of which is that it can be appreciated on so multiple levels—enjoyed by a six-year-old and simultaneously enjoyed by an adult on yet another deeper level.

The stories can be a bit of a tongue-twister at times, and there are a lot of characters to keep straight, but when you can push through, you are rewarded with an incredibly fun story about the most precious of characters.

While reading and discussing is always plenty when it comes to a great book of fiction, sometimes a family wants more! We like to add extra activities inspired by our Read-Alouds, and here are the ones we did, chapter by chapter, through Winnie the Pooh by A.A. Milne. I hope they inspire you to your own enrichment activities as you enjoy this classic.

In Which We are Introduced to Winnie-the-Pooh, and Some Bees, and the Stories Begin

One interesting aspect of this novel is that it is a story within a story, told to Christopher Robin about his stuffed animals.

Your children might have their own menagerie of stuffed animals and dolls they play with on a regular basis. My two youngest girls certainly do! So after reading this chapter, we held a tea party for their stuffed friends.

We feasted upon Italian bread with peanut butter, and in honor of Pooh’s adventures, fresh honey alongside our juice. I blew up two balloons and tied them to the handle of the pitcher with festive yarn. During tea, we took turns making up stories about my girls’ own animal friends.

When my older son enjoyed Winnie the Pooh, we modified the tea party idea. We called the event elevenses and invited his favorite cars to snack with us.

In Which Pooh Goes Visiting and Gets Into a Tight Place

Pooh is delightfully enjoying his honey in this chapter, and my two girls were so excited about the tea party from the day before, that we decided to have another one. We had leftover bread with honey, toasting the bread this time.

During tea we had a talk about table manners:

In this chapter, Piglet and Pooh are following tracks, hoping to see what type of creature could be at the other end. We tried tracking of our own. I hand drew four different shaped tracks and made about 20 or so of each track type.

I then took a safety pin and pinned one track shape to four different stuffed animals. I then hid the animals and used the remaining tracks to create trails leading to each animal. Once they followed the various tracks and found the animals, I hid them again in different areas, and had them try to guess which animal would be on the other end based on the track shape. They spent the next hour or so hiding the animals again and again, and then helping the other to track them down.

In Which Eeyore Loses a Tail and Pooh Finds One

Since Eeyore is a donkey, we played the party classic Pin the Tail on the Donkey.

Also in this chapter, Owl finds a scrap of cloth which he uses as a bell-rope. I quickly grabbed a few items around the house: a hanger, a shower curtain ring, a long thin strip of cloth, and a small cardboard box without a cover. I asked my girls if they could come up with different ways to use each item. I got a lot of very silly answers, a few interesting answers, and a couple of extremely creative but workable answers, as they practiced using their brain power to think of ways to repurpose various items.

In Which Piglet Meets a Heffalump

It appears Pooh never does find out exactly what a heffalump is or what one looks like, and sadly, neither do we. My girls really wanted to know what one would look like, so for this chapter's craft, we created our own heffalumps. We finished by hanging our heffalump art and having another snack of bread with honey.

In Which Eeyore Has a Birthday and Gets Two Presents

Pooh and Piglet didn’t have much time to prepare for Eeyore’s birthday and yet managed, as good friends should, to come up with two heartfelt gifts on short notice. I had my girls quickly look around the house and come up with a present to give their father before he came home. I left all the choices up to them, only stipulating that I wasn’t going to buy anything. We really had no reason to celebrate, but it’s always fun to show someone you appreciate them. One of my girls found some scraps of cloth and cut out shapes and glued them to cardstock to make a card. My other girl found a box, put two of her small toys in the box, and wrapped it up.

For this chapter we made fabric pockets for pretend Kanga and Roo play. Using some large fabric scraps, the girls drew a large pocket and cut out two shapes. Lining them up, I stitched along three edges, and flipped the pocket inside out. Then, I helped the girls hand sew straps to the pocket to make apron-type strings. Tying the pockets around their waists, they used the pouches to carry their "babies," pretending they were Kanga carrying Roo.

In Which Christopher Robin Leads an Expedition to the North Pole

This chapter begs for a nature walk, so that’s what we did, in search of our own North Pole. About 20 minutes into our walk, we found a pole which my girls insisted was the same pole Pooh had found. Happily, we propped it into a standing position and left it there for others to find. We hiked a ways longer, had a short snack, and began the return trip home, waving at our pole as we passed.

In Which Piglet is Entirely Surrounded by Water

I was kind of stuck for ideas on this chapter, and asked my older children to help come up with some. My one son was no help. He suggested we try flooding the house, and I wasn’t quite willing to do that for a craft project. Instead we decided to once again get out our large tub, fill it with water, and practice finding things that a small toy could float to safety on. I gave each girl a LEGO figure and had them try various items to see which items would help them float the best.

In Which Christopher Robin Gives Pooh a Party, and We Say Good-bye

We finished up our study of the life of Pooh by having our own tea party, which was remarkably similar to our tea party of the week before. We had more bread with honey with banana and dried fruit slices, in honor of Pooh, with milk. We talked about the things we liked in the book, and then sat back and watched the movie.

Winnie the Pooh has been produced in several audio versions you can listen to, including one endorsed by the original Christopher Robin. There are also several different movies and cartoons you may want to enjoy.

We went on to read The House at Pooh Corner, and then we will delve into the poetry of A. A. Milne in When We Were Very Young and Now We are Six by the same author, having loved them from our first few times through.

To find out more about Sonlight's unmatched Read-Alouds, and our complete book-based homeschool programs, order a complimentary copy of your catalog today. 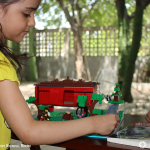 Fast and Easy Extension Ideas for The Boxcar Children 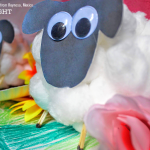 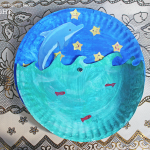