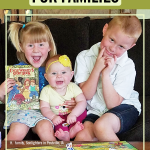 If I listen really hard, I can hear the sound of dominoes being mixed up on a wooden dining table. I vividly remember my parents, aunt and uncle, and grandparents having regular game nights. The dominoes game of 42 was usually the game of choice, and though I never quite understood how to play, I loved watching. From my grandfather’s cheating followed by his staunch denial, to my memory of laughter filling the room, game night was a time when I felt loved and safe.

Once I got old enough, I was invited into the family games, learning games like dominoes, Rummy, and various poker games from my grandfather. To this day, I still reap the benefits of what I learned in those games. Strategy, competitiveness, sportsmanship, and taking calculated risks were just benefits of those evenings at the table.

Games make learning fun. We highly encourage other families to schedule a game night, and I have a list of great games to get you started building your game library.

Blockus is one of my all-time favorite games. Similar to Tetris, Blockus is a strategy game that includes several color-coded geometric pieces. The goal is to place as many of your colored pieces as possible without being blocked by another player.

This game teaches spatial awareness, geometric problem-solving, and strategy. We love it!

Though the manufacturer recommends this game for ages 5 and up, we have found that it works best to introduce the game in late elementary to early middle school. That’s when kids seem to really be able to grasp the strategy part of the game.

Do I even need to explain why Scrabble made my list? Who hasn’t used a dictionary while playing Scrabble either to spell a word or to challenge an opponent's questionable play? We love this word-building game. The more complex words with more rare letter  combinations will earn the player more points.

This is a phenomenal way to practice phonics and expand your child’s vocabulary. While playing this game, encourage a little friendly competition by challenging your child’s word choices. Have them look up the word in the dictionary to defend it at least a few times each game. Scrabble is listed for ages 10 and up, but I think any child who is reading proficiently can benefit from a game of Scrabble.

Just the other day, I heard a financial adviser on television say that the best way to teach a child finances is to play Monopoly with them. I would have to agree.

In the game of Monopoly, players buy, sell, and trade properties. Monopoly encourages children to take risks in investing their money. As they play, they can explore owning cheaper properties versus more expensive properties. They can decide whether buying houses and hotels are worthwhile. Taking financial risks in hypothetical situations can help prepare children for calculating their risk in adulthood. At a more basic level, Monopoly is a great game to teach the basics of math. My children are always very careful to tell each other exactly how much money they should get back in change when they pay a fee.

Monopoly can be a lengthy game, so I’ve found that 10 years old is generally a good age to introduce it. However, it can be enjoyed at any point after that.

Here’s a quick tip: to teach your child how to play, assign them the job of the banker only so they can watch while they handle the money, the property titles, and the houses and hotels. I would also recommend setting up the game in a place that it can be left out for a few days undisturbed so you can come back to it as you are able.

Yes! We use Right Start Math games all the time! With just a few decks of cards and the Card Game book, you have hundreds of games right at your fingertips. The best part is that they are all fun, challenging, and engaging.

For the younger years, our favorite math game is Go to the Dump. Similar to Go Fish, Go to the Dump requires players to add two cards to make a 10 (or an 11 or a 9…there are multiple variations). While Go to the Dump is  favorite for my littles, all my children have fallen in love with the Corners game as they get older. We play Corners all the time. In fact, it is one of only two games that I have loaded on my phone for my kids to play when we are out and about. In Corners, players work with multiples of 5 to earn points and create a web of cards.

Another positive about the Right Start math games is that there are games available for all ages and all skill levels. You can also tailor the games to what you are learning at that time. Learning multiplication? Then you’ll want to play Multiplication Memory! One of the greatest benefits we’ve discovered? We stopped using flashcards when we found Right Start Math. We have found that these math games completely replace the need for drill for our children.

Mexican Train is a dominoes game which requires players to build trains of linking numbers. This game requires strategy and a little mental math at the end of the game when players are counting their points. In this game, points are bad. The fewer points you have, the better you are doing.

This can be a long game, even beating Monopoly in length, so we generally reserve this game for New Year’s Eve. Mexican Train has up to 16 rounds to completely finish the game, which makes it ideal for a long New Year’s Eve celebration. However, you can stop between rounds pretty easily if you choose. I would definitely recommend this game for ages 10 and up simply because of the length of the game.

Never have I laughed so much during a game than I did the first time I played Apples to Apples. This is a pretty simple game which requires a minimal amount of set up. It consists of a large set of cards with topics. Players have to choose the card in their hand that best fits with the topic presented in the middle. Then, players take turns being the judge to decide which card fits the topic card best. This is always so much fun because you find yourself changing your strategy according to who is the judge. We always have a lot of fun with this.

There are two versions of this game, the original, which I would recommend for teens and up, or Apples to Apples Jr, which is great for younger children. Children ideally need to be able to read well to play this game, but we’ve had fun partnering up with non-readers or simply helping them read their cards as we go.

The Game of Life is another game which helps teach life lessons to young children. Children are able to get a small taste of adulthood through this game by paying bills, earning a paycheck, sending a child to college, and many more real-life scenarios. I’ve never played the older version of it, but some say it can be a bit harsh. The newer versions seem to be more gentle to younger children. However, the game recommendation is eight and up.

My grandfather taught me to play Chinese Checkers when I was a kid, and I was immediately hooked. I was so obsessed with this game that I would play a solitary version when no one would play with me! Chinese Checkers is similar in rules and strategy to regular checkers, but multiple people can play all at one time. It’s actually more fun, in my opinion, with more people. It requires a little more strategy than checkers as well since you are working with more people.

This is recommended for ages 7 and up, and I think that’s an appropriate estimate. There are several cheap versions of Chinese Checkers at the big-box stores. I would caution against those. They can be frustrating because the marbles don’t stay on the flimsy board. I recommend you invest in a thick, wooden set with good quality marbles. This investment will save you a lot of frustration.

Trivial Pursuit is the ultimate trivia game. It’s a great outlet for people who love memorizing facts, and studying the deck outside of game time can be a terrific way to learn more random facts. Trivial Pursuit is a good game for playing over dessert and coffee, as it seems to be somewhat slow-moving and relaxed. I would recommend the original version for teens and adults; however, there are many versions available including one called Trivial Pursuit for Families which looks very intriguing. This is definitely a great game to have in your homeschool library.

Ticket to Ride is a fairly new game on the market, as far as board games are concerned, but it is gaining a lot of interest from families. Rightfully so, as this game is simple to learn and takes about an hour to play. The board is beautifully illustrated. This game is based on designing a train route through the United States. The goal is to build the longest route.

This is a game that can really test your decision making, since players must choose to build the cards in their hand or continue their route before losing it to another player. It’s also a good exercise in U.S. geography, teaching students about major cities throughout the country.

This game requires plenty of great strategic thinking and decisiveness. It is listed for players age 8 and up.

I didn’t include these in my top ten family games simply because they are two-player games, however, I believe that Battleship and Chess are two classic games of strategy. Battleship also has the added benefit of teaching coordinate grids.

Board games are an incredible way to boost your child’s educational experience in a fun, safe environment. Memories are made around the game table. Hopefully this will help give you some direction to build your game library. What would you add to this list?

Opt for a fully planned homeschool curriculum so you have more time for family games! 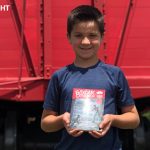 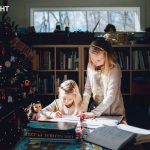 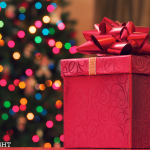 Kids Christmas Gifts with the Homeschool Mom Stamp of Approval