And so the plot thickens.

As I noted in my June 11th post, Professor Robert David Johnson of Brooklyn College dared to criticize that college's School of Education (SOE) for its use–or abuse–of "social justice" as a kind of gate-keeper against entry to the educational profession by people who don't adhere to certain political views.

First, I have just discovered that Professor Johnson was not only quoted in the New York Sun about his views (as I reported in my previous entry), but he published a brief opinion paper on the subject about a week before: Disposition for Bias, Inside Higher Ed on May 23rd. Considering the timing of the two pieces, it seems to me that the Sun article must have arisen as a result of the Inside Higher Ed piece.

Be that as it may, in the Inside Higher Ed article, Professor Johnson wrote,

In 2002, the National Council for Accreditation of Teacher Education explicitly linked dispositions theory to ensuring ideological conformity among education students. Rather than asking why teachers’ political beliefs are in any way relevant to their ability to perform well in the classroom, NCATE issued new guidelines requiring education departments that listed social justice as a goal to “include some measure of a candidate’s commitment to social justice” when evaluating the “dispositions” of their students. . . .

The program at my own institution, Brooklyn College, exemplifies how application of NCATE’s new approach can easily be used to screen out potential public school teachers who hold undesirable political beliefs. Brooklyn’s education faculty, which assumes as fact that “an education centered on social justice prepares the highest quality of future teachers,” recently launched a pilot initiative to assess all education students on whether they are “knowledgeable about, sensitive to and responsive to issues of diversity and social justice as these influence curriculum and pedagogy, school culture, relationships with colleagues and members of the school community, and candidates’ analysis of student work and behavior.”

At the undergraduate level, these high-sounding principles have been translated into practice through a required class called “Language and Literacy Development in Secondary Education.” According to numerous students, the course’s instructor demanded that they recognize “white English” as the “oppressors’ language.” Without explanation, the class spent its session before Election Day screening Michael Moore’s Fahrenheit 9/11. When several students complained to the professor about the course’s politicized content, they were informed that their previous education had left them “brainwashed” on matters relating to race and social justice.

Troubled by this response, at least five students filed written complaints with the department chair last December. They received no formal reply, but soon discovered that their coming forward had negative consequences. One senior was told to leave Brooklyn and take an equivalent course at a community college. Two other students were accused of violating the college’s “academic integrity” policy and refused permission to bring a witness, a tape recorder, or an attorney to a meeting with the dean of undergraduate studies to discuss the allegation. Despite the unseemly nature of retaliating against student whistleblowers, Brooklyn’s overall manner of assessing commitment to “social justice” conforms to NCATE’s recommendations, previewing what we can expect as other education programs more aggressively scrutinize their students’ “dispositions” on the matter.

On June 20th, the "faculty and administration in the School of Education" wrote a letter of protest to Professor Johnson. "It is certainly your right to make whatever claims you wish," the letter begins, "[but] we want to express publicly our contempt . . . for the unsubstantiated claims and innuendoes you have made that the School of Education is imposing an ideological litmus test on students. . . ."

The letter concludes with these words: "No doubt you imagine you are championing the victims of political correctness. The reality is that your attacks on a colleague and your critique of a national accrediting body, and by extension the success of Brooklyn College’s School of Education in meeting all the standards promulgated by that body, reveal an agenda that is far more politically extreme than what you fantasize dispositions are or what you imagine took place in a particular classroom. At no point did you seek to engage any of us in a substantive discussion of NCATE, social justice, academic freedom or dispositions. We would have welcomed such discussions. Instead you chose to launch what we regard as misguided and intellectually suspect attacks on the School of Education, our mission, and our commitment to meet NCATE standards. We must insist you stop such attacks."

A withering "counter-attack," it seemed to me when I first read it.

I could not imagine how Professor Johnson could possibly reply. But reply he did, albeit 39 days later.

His letter appears to clarify the true contours of the conflict. The SOE is concerned that Dr. Johnson is making allegations against one of its faculty members (at least) and he is doing so in public. Dr. Johnson, meanwhile, is concerned that students of that one referenced faculty member (at least) are being purged from the SOE by the SOE–behind closed doors, out of public view. And they are being purged because of their political views.

As you know, allegations were made against two undergraduates, both of whom I also have taught, one month after they filed detailed complaints about how Professor Parmar was treating students who disagreed with her in-class conception of “social justice.” One student was faulted for not supplying a footnote in an assignment that did not require footnotes; a second was punished for submitting, in a lesson plan, two verbatim definitions (one of “Jim Crow”) from an online encyclopedia, an approach most professors would consider covered under principles of fair use and common knowledge. Procedurally, Dean Belton’s involvement at the dispute’s initial stage departed from the college’s official guidelines on “academic integrity” questions.

I regretted at the time, and continue to regret, the manner in which the SOE handled this case; and I wish, as I stated in January, that the matter had ended “amicably.” Such an outcome would have best served not only the students but also the college. Indeed, the students’ written complaints might have provided an opportunity for the SOE to engage in what its mission statement terms “critical self-reflection” and attempt to rectify an impression that it disrespects the opinions and concerns of our students.

Your letter’s willingness to engage in personal denunciations and speculations is unfortunate. As you know from having read the story, my Inside Higher Ed article utilized not fantasy but research in primary documents and the relevant secondary literature (publications on NCATE accreditation standards and on dispositions theory). All claims were substantiated through footnotes or links, and the article referenced the curricula and mission statements of nearly 40 education programs around the country. . . .

In contemporary society, partisans on both sides of issues such as abortion, the Middle East, affirmative action, welfare reform, prayer in public schools, and gay marriage maintain that their own position serves the cause of “social justice.” But who decides just what constitutes “social justice?” . . .

I fear that if the college continues to use the sword of academic freedom to thrust our curriculum into fundamentally political areas, the shield of academic freedom will no longer protect us when politicians, religious leaders, or the public decide that they, too, should have the right to impose their political agendas on our students. I suspect that few of us would welcome the New York state legislature requiring prospective public school teachers to demonstrate, say, “a disposition to support free-market capitalism and globalization” alongside a willingness to promote our version of “social justice.”

I am left wondering again, as I concluded my previous post on the subject: Will homeschoolers provide the last opportunity for students to learn truly diverse viewpoints?

(For a short summary article on this ongoing controversy, see "Criticism or Censorship?" by David French on the FIRE–Foundation for Individual Rights in Education–website. 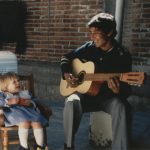 Zooming out and in: Global-minded homeschooling