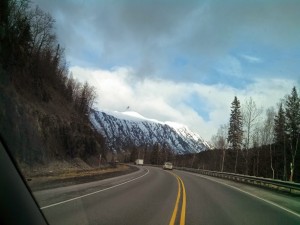 Life in general is just unpredictable, isn't it?

A few weeks ago, when I was asked to go to Alaska to represent Sonlight at a series of homeschool conventions, I jumped at the chance. I had never been to Alaska, but I had always wanted to go. What an exciting opportunity! The timing wasn't wonderful (over Easter weekend), but I decided I could deal with that. So I began to make plans and travel arrangements.

And then, things began to go "wrong."

Well, not "wrong" exactly... but certainly not what I had in mind. Arrangements had to be changed and different plans made. When I arrived at the first event last week, I discovered that my display racks hadn't shipped, and I had forgotten an important binder and my supply of pens. Time to regroup... again.

I had looked forward to the beautiful Alaskan scenery... and the skies turned out to be gray. Our timing has been off on some of the experiences we had hoped for... and those elusive Northern Lights just refuse to show themselves.

In many ways, I could consider the trip to be disappointing because it hasn't met my expectations. But I really don't think of it that way. It has been an adventure.

Has it been above and beyond anything I could ever imagine?

But overall, I'm very glad I got to come. It has been rewarding and satisfactory in ways I hadn't thought of.

My experience with homeschooling has been that way, too. Not necessarily the warm-fuzzy, super-organized, highly-academic experience I imagined starting out. We've had highs and lows all along the way, and sometimes, in the daily nitty-gritty it seems like there are more lows than highs. But in general it's the same as my trip to Alaska has been... rewarding and satisfactory in ways I hadn't thought of. And definitely worthwhile. 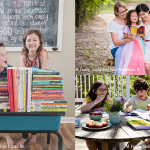 Am I Missing Something? That Didn't Take Very Long!