Check out "Video shows police handcuffing 5-year-0ld" . . . then watch the "video from the kindergarten classroom"–where the 5-year-old has two adults chasing after her, speaking in calm voices, "You need to stop. . . . You don't get to wreck the room"–as the girl proceeds to wreck the room.

The [St. Petersburg, FL] Times interviewed several top educators, including two district officials who had seen the video and two professors at the University of South Florida's College of Education.
All praised Dibenedetto [one of the two adults shown in the video] for using patience and good training in a tough situation. They said she gave the girl wide latitude to opt for better behavior, used clear commands, called for help from another educator, removed the other students from the room for their safety and to eliminate an audience for the girl, reinforced commands with hand motions and successfully avoided physical confrontation.
Touching the girl, they said, would have escalated the situation.
The two educators "can't control what the children do, but they can control how they respond to it and, to me, they responded admirably," said Robert Egley, an assistant education professor at USF in St. Petersburg. "I give them an A-plus."

And the attorney for the girl and her mother? "‘It almost seemed like there was an intent to provoke the child,' he said."

Is this crazy or what?

I am reminded of a passage from C.S. Lewis' The Problem of Pain. I don't have the book nearby, but I recall that he notes there are advantages to temporarily painful forms of physical punishment that cause no permanent bodily harm: they can quickly alter behavior for good and leave a lasting mental impression that creates longer-term behavioral benefits as well.

As I recall, Lewis used the example of the pain created by touching a heated stove as an example. You touch a heated burner once, and you won't quickly forget that you need to be careful to act in such a way that you avoid similar consequences in the future.

What are the consequences for inappropriate behavior in today's public schools? What lessons do children (and parents, and educators, and the rest of us) take away from incidents like the one portrayed in the article and video referenced above?

I'm afraid, in today's climate, the only responses being left to teachers and administrators is what we see: virtually no response . . . or police handcuffs following massive destruction . . . and then a lawsuit because the school has "abused" the child. 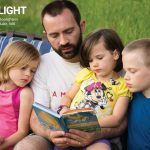 Teaching the Hidden Curriculum by Integrating Sonlight into Life

A Reason to Homeschool: Lay a Foundation

Getting Your Eyes Checked, Part II